The Atchison Amelia Earhart Foundation honors the world-renowned aviation legacy of Amelia Earhart — whose dreams of flying began in her Atchison, Kansas, hometown.

The Foundation was founded to educate, inspire and empower all generations in the pursuit of flight. It is dedicated to inspiring future aviation and aerospace leaders through the story of Amelia Earhart’s tenacity and determination to overcome obstacles on her journey to become the first women to fly solo across the Atlantic Ocean.

In 2016, the Foundation acquired Muriel — the world’s last remaining Lockheed Electra 10-E — an aircraft identical to the model Earhart flew on her final flight. Funds were raised to build a 17,000 square-foot hangar and terminal worthy of Amelia’s legacy and reminiscent of the Art Deco style of her time in 1920s and 1930s.

“Our vision to celebrate Amelia Earhart’s world-renowned legacy to defy the odds and pursue her dreams — and encourage others to do the same — is coming to life.”

Working in partnership with Kansas-based Dimensional Innovations, the state-of-the-art STEM and history museum will immerse visitors in Earhart’s pioneering life, from growing up in Atchison to the height of her worldwide fame.

A “twin” bronze statue of the one to be unveiled in National Statuary Hall on July 27, 2022, will greet visitors at the Museum’s entrance. When completed, the Museum will apply to become an Affiliate of the Smithsonian Institution.

When Ladd and his wife Karen Seaberg, learned about Muriel, they set out to bring her “home” to Atchison — the birthplace and childhood home of Amelia Earhart. Together, they formed the Atchison Amelia Earhart Foundation with a vision to acquire the plane and build an aviation museum with a mission to honor Earhart’s aviation legacy by educating and inspiring future generations in the pursuit of flight. 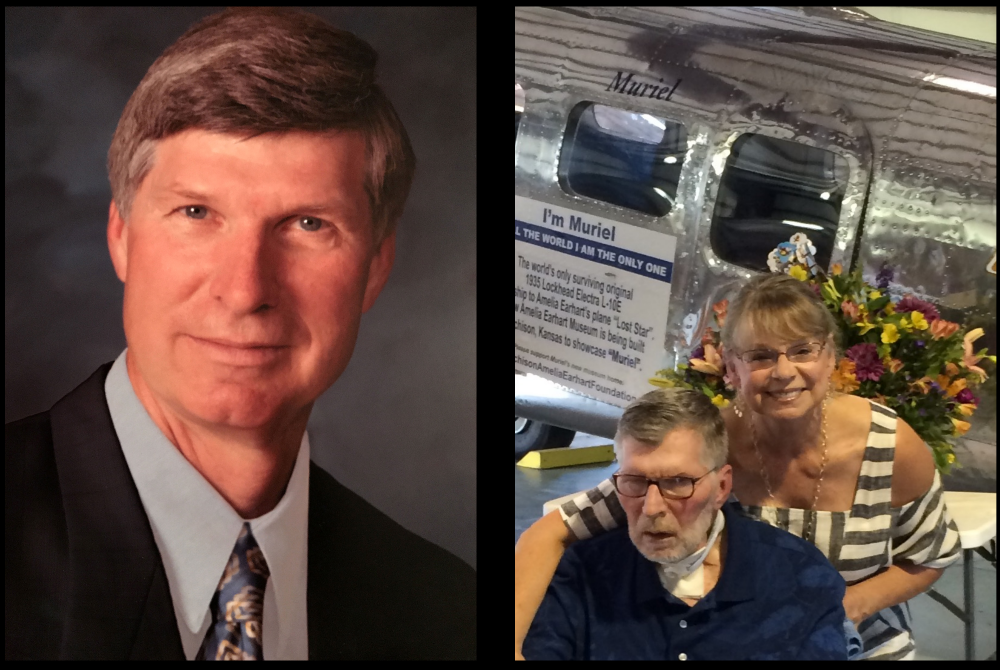 Today, Karen Seaberg continues Ladd’s vision as board chair of the Atchison Amelia Earhart Foundation and president of the Amelia Earhart Hangar Museum — opening in 2023.